Pegwell Bay Cliffs, a photo by Kinzler Pegwell on Flickr.
Posted by AN AMERICAN IN EUROPE at 12:03 1 comment:

From the Pegwell & District Association Newsletter 283 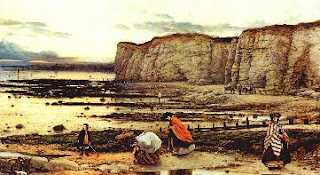 The mild spring brought many species out earlier than typically expected; particularly during April and early May. The resulting drought followed by the cool and unsettled summer then had a detrimental affect on overall moth numbers.
Notable moths during the spring included Early Tooth-Striped on 21/4, an exceptional influx of Brindled Pugs - a peak of 35 on 22/4 (normally 1 - 2 per year) and a Cream Wave on 11/5 - all woodland wanderers. A Dew Moth on 9/5 was a long overdue new record for Thanet of this nationally scarce coastal species.

Interesting migrants commenced with a Concolorous on 25/5, a total of 13 Rannoch Loopers in early June, Spurge Hawk on 26/6, Splendid Brocade on 27/6 and Thanet’s second Small Marbled on 28/6. Plumed Fan-foots occurred on four occasions from 27/7 suggesting that they may be resident in the Pegwell area rather than a migrant.

The pick of the August moths was Thanet’s second Brussels Lace 2/8 and the third Dusky Hook-tip on 13/8.

September was a quiet affair with only one Convolvulus Hawk and a Ni on 13/9. Although the mild weather ensured a good showing of the typical autumnal species.

Five Merveille du Jour during October is exceptional for a moth not recorded every year on Thanet.

Pick of the micro moths were the very attractive Commophila aeneana on 7/5, the tiny Yellow V Moth on 29/7 (Driftwood remains the only UK mainland site - occurs on Scilly Isles), Spoladea recurvalis on 12/10 and an Old World Webworm on 4/11 - the latter two being migrants from the tropics.

Images of the moth species mentioned can be seen on www.ukmoths.org

PEGWELL BAY NATURAL HISTORY.
By Richard Kinzler.
On the 6th of January I had a call from Eileen explaining that a number of residents in Pegwell Village were concerned about work being carried out at Pegwell Road and the impact it would have on the Great Crested Newts, Slow Worms and Trees.
After investigating with the help of Thanet District Council’s Planning Department, Kent Wildlife Trust and the residents it seems there is a loophole in the regulations.
Clearance was being carried out at 163 Pegwell Road and as this site does not have any planning submitted as yet they are entitled to carry out the general clearance without any checks.
This is the time of year when Great Crested Newts and Slow Worms are in hibernation and they emerge around early March.
The largest of our native newts, the Great Crested Newt is strictly protected under European legislation as is the Slow Worm and it is a criminal offence to kill or injure them.
If you find any of the above injured or dead please could you contact me on 07967 506126.
Posted by AN AMERICAN IN EUROPE at 17:30 No comments:

Lapwing Pegwell Bay, a photo by Kinzler Pegwell on Flickr.
Posted by AN AMERICAN IN EUROPE at 05:39 No comments:

The Mayor of London wants to build an international airport on a man made island off the Kent and Essex coast in the Thames Estuary.

Medway Council, Kent County Council, and the Royal Society for the Protection of Birds (RSPB) have started a campaign to get this £40billion scheme thrown out due to the massive impact it will have on our area and the environment.
Seven years ago, they successfully fought off a similar scheme at Cliffe, on the Hoo Peninsula, thanks to overwhelming support from the public.
The best way to stop this new unnecessary and expensive proposal is to make your voice heard. Please leave a comment on the Mayor of London’s plans for a Thames Estuary airport and register for our petition against the proposals below.

Sign the Stop Estuary Airport petition
Download our campaign poster to display at home
Read the Mayor of London’s feasability study
Hear what Rodney Chambers thinks of the proposal
View press releases
See what the insiders really think of the planned airport
Posted by AN AMERICAN IN EUROPE at 14:44 No comments:

Two bills are currently being considered in the U.S. Congress: PIPA the “Protect IP Act” and SOPA the “Stop Online Piracy Act

” Both are designed to address a legitimate problem – foreign-based websites that are engaging in digital piracy and trafficking in counterfeit goods. Unfortunately, we and many others believe that these bills miss the mark. These bills have the potential to stifle innovation, require censorship of search results, impose monitoring obligations, and change the way information is distributed on the web. Government regulation of online activities is a slippery slope and these proposed bills fall down that slope without truly addressing the issues that ignited this debate.
Posted by AN AMERICAN IN EUROPE at 14:03 No comments:

Common Seal Sandwich Bay, a photo by Kinzler Pegwell on Flickr.
Posted by AN AMERICAN IN EUROPE at 15:13 No comments: Cave Pegwell Bay, a photo by Kinzler Pegwell on Flickr.
Posted by AN AMERICAN IN EUROPE at 12:58 No comments:

An enjoyable weekend at Pegwell Bay & Stonelees started with the KWT Task on Saturday from 10am-3pm removing scrub from the far section of Stonelees with around 7 Volunteers
(Always more welcome)
Scrub removal takes place at this nature reserve in order to maintain and increase the size of the ancient dune pasture habitat found here.
Plants such as the Southern Marsh Orchids and Pyramidal Orchids can be found as well as Marsh Helleborines and Bee Orchids.
Sunday afternoon I also decided to take a walk around Pegwell Bay & Stonelees watching the tide,nothing of real note but came across a pair of Bullfinches near the Pond in the fruit trees. 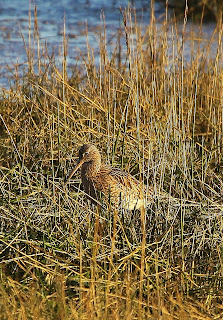 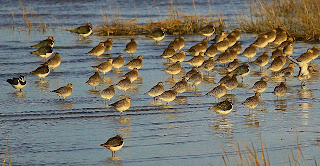 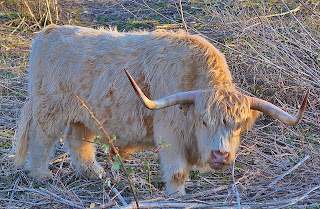 Highland Cow Pegwell Bay
Posted by AN AMERICAN IN EUROPE at 10:02 No comments: